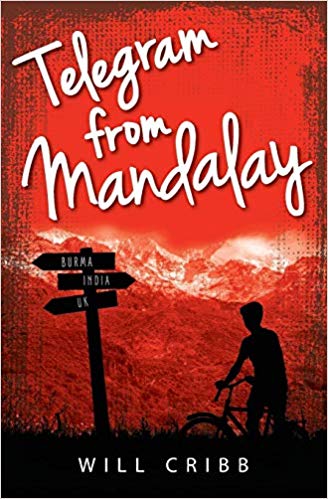 £7.99Buy the paperbackGet it free on Kindle Unlimited

I edited and published this memoir set in Burma, India and the UK…

“This is the story of Will Cribb: an idyllic childhood, his father’s early death, a mother’s indifference, a ten-year banishment by his stepfather to boarding school thousands of miles away, and the shy boy’s efforts to cope with the school’s barefoot regime and tough bullies.

However, this is no misery memoir. It is also about how the growing boy realises his dream of travelling to England—a country he has never visited—from where his great-grandfather sailed 100 years before.

At the heart of the book is a young man’s self-discovery that, despite his mother’s coldness, he still has the capacity to love. The arrival of a remarkable woman in his life is destined to change him forever.

Telegram from Mandalay is a poignant memoir that vividly covers life in 1930s Burma, boarding school during the war years in the foothills of the Himalayas, the teeming factories of Bombay in the late 1940s, and Lancashire’s historic textile mills through the 1950s & 1960s.

Told with warmth and honesty, the reader cannot fail to be moved.”