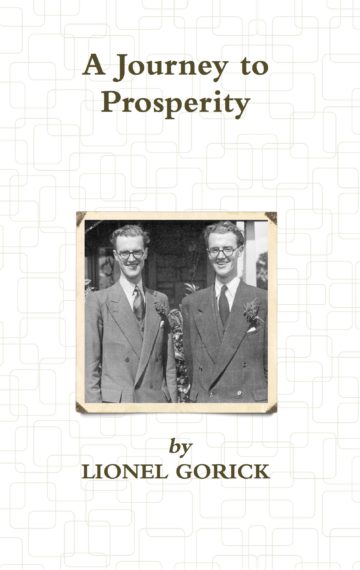 I was ghostwriter on Lionel Gorick’s memoir of his life as a successful Lancashire businessman. Lionel and Desmond were identical twins, inventors and pioneers in the chemical industry.

“We looked at this air purifier, which at half a crown, seemed expensive to us, and wondered whether we could make an alternative. We had a limited knowledge of chemistry but we had bought a popular reference book called Henley’s Formulary (originally published in 1907), which was a compendium of recipes for household and various industrial preparations and potions — a bit like a reference book for good witches. It included a recipe for an air purifier. The development necessitated some trial and error, but we thought we’d give it a go. First, we melted a solidified gas called paradichlorbenzine, to which we added a perfume such as oil of lavender, then we added chlorophyll — and that was it. Except, of course, we then had to sell it to retailers for one and thruppence (6p). To cut a long story short, it worked.

We made our first small batch at night in Dad’s garage. We ‘cooked up’ the highly flammable paradichlorbenzine in a pot over an open flame (when I think about it now my toes curl) and stirred in the chlorophyll and perfume, then poured the mixture into bun trays to set. We had a couple of girlfriends at the time who helped us wrap them in Cellophane and pack them into little boxes in exchange for a bag of fish and chips later that night. Pat and Dorothy were terrifically helpful. Pat was my girlfriend, or was it Dorothy? What did it matter? We were twins!”